Wasps are social or in some cases, solitary insects. Wasps create a new nest each year when a solitary female or ‘queen’ emerges from hibernation in the spring. The queen will build a small golf ball sized nest for the first generation of workers that she will raise on her own. Once the first generation emerges, known as the ‘workers’, they collect food and materials for the queen to lay more eggs to increase the population of the worker wasps. Larvae are fed pre-chewed insects and other materials. Adult workers generally feed on flower nectar and fruits. 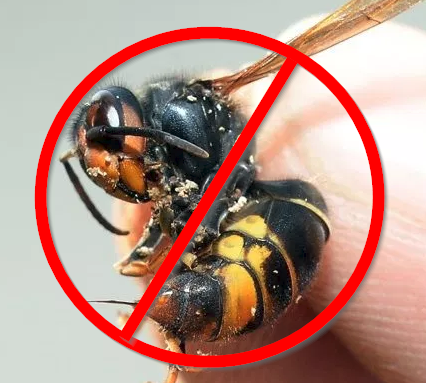 The nest consists of several tiers of comb covered by a round paper casing with an entrance at the bottom. Nests are typically located in trees or shrub branches, although they may be built on the sides of houses or in the ground. The nest structure grows rapidly over the summer since workers continually add to the paper nest as the population grows.

As fall approaches, colonies produce males and new queens, which leave the nest to mate. Newly mated queens burrow into the ground where they spend the winter. The workers, males, and the old queen perish in the fall. Nests are not reused.The most common wasp in Winnipeg is known as the yellow jacket.

What do wasps eat?

We consider wasps to be useful insects because they are predators of many other small insects and are beneficial to humans by pollinating various varieties of flowering plants. In addition, they are scavengers, feeding on dead insect carcasses.

How do wasps sting?

Wasps can sting multiple times since their stinger is barbless and does not come out when it pierces your skin. Wasps sting when they feel threatened or the nest has been damaged. By remaining calm and not annoying wasps by swatting, you decrease your chance of being stung.